Dualism and ambivalence in the paintings of
Annalisa Cima

1964 - Dualism
Because of uncertain phraseology, of verbose and mysterious expressions which confer upon art criticism judgments devoid of meaning, it is very difficult to make oneself understood and to orient oneself in the intricate hornet’s nest from which one has to face, with confusion, the various trends in contemporary painting. Rather than try to fit Annalisa Cima’s paintings into one of the anonymous pigeon-holes of this frantic and inconclusive carrousel of hopelessly longwinded definitions, we place her in an environment free of prejudices, where we are able to ana-lyse art according to meanings dictated by clarity, logic and simplicity.
The dualism expressed by Annalisa Cima, in which her aesthetics is firmly rooted and which characterizes her current style, lies only in its intention and not in its form. Having its origin in a twofold vision of phantasmagoric essence and yet pursuing its development on two separate tracks, her painting remains coherently unified. The parallelisms of composition associate both naturalism and expressionism with gay charm, stripping them of their cumbersome elements by a subtle process of sifting.
If there are two ways of judging this intended parallelism - it may be approached from the viewpoint of naturalism or expressionism - we must admit, nevertheless, that Annalisa Cima has joined two contrasting principles in a harmonious units unity. If we trace the course of her inspiration to its origin, we can see the specific root from which it has sprung, just as one can easily perceive that a single plastic motif has been carefully hidden from the outset behind a calculated movement of alternate concepts. Her primary, compelling, system of aesthetics which unites antagonistic concepts, does not lead at all to ambiguity. Annalisa Cima puts the opposing features into a systematic equilibrium that is both plastic and chromatic. Aside from terrestrial forms, mobile or flat, and the heavily laden skies pierced by extraordinary apparitions, her painting puts order into compositions and structures where contrasts create analogies accentuated by sudden shades of light and shadow.
The plastic forms elaborated by Annalisa Cima converge into a singular pole of attraction and therefore have no descriptive or pictorial qualities. They are elegant forms created by an intimate and perspicacious impulse which seeks gracefully an open road for her imagination, her rhythm, her colors, and which is free of cumbersome and symbolic trappings.
1967 - Ambivalence
The painting of Annalisa Cima, and her aesthetic principles, from which her work springs, have entered a new phase that is rich in attractions and deep reflections. We shall not here attempt a complete analysis of her work since Annalisa Cima is engaged in greater enterprises. But we shall insist on the spirit of synthesis which to-day is one of the major motives in her art.
Our considerations, drawn from previous comparisons, suggest a rich germination. One can understand how the artist has tried to broaden her field of vision, perfecting her style, modifying her proportions. What is more surprising, on the other hand, is her ever-present attempt to change volume by absorbing it into the surface. The initial thread remains visible and the similarities can be recalled, but the meaning of the work changes completely. In fact, the first idea has been reconsidered in connection with a concept whose function is to illustrate the essence of a selective experience.
We must not lose sight of the number of adopted forms that has been voluntarily limited, since that number does not in the least restrict the visionary and imaginative area of Annalisa Cima. This principle translates in full a plastic mechanism, orderly and flexible, which regulary magnetizes color. With highly sensitive means, the intimate character of this kind of painting identifies itself with the secret language of hermetic poetry. This has undoubtedly led her closer to lyric rather than geometric drawing.
Stemming often from categorical imperatives, the emerging plastic signs clearly trace unified and pellucid divisions, which characterize the spontaneous originality of her present mode. We shall have no difficulty, therefore, in discovering the hidden path followed by Annalisa Cima to bring into focus the various facets of her private world. Plainly but sharply, her colors reveal their presence like an avowal of happiness. The unfolding of her system has occurred according to a method of moderation and of great precision.
A way of painting so openly revealed is not the result of a series of weak coincidences. A certainty must have led Annalisa Cima to her current artistic phase. Precisely for this reason we realize she will continue without hesitation to capture the sense and vitality of the various currents guiding her. We can also understand how an undercurrent of images, half-seen and never completely formulated, is embedded in a well determined structure, which establishes certain polychrome question marks animating the horizons they reveal.
In a world often burdened by the splitting of thought and by narrow false opinions, the threefold compositions - these pages showing a clear and free synthesis - demonstrate that Annalisa Cima’s work personifies the magic symbols of a series of spiritual themes which stigmatize the false revolution of myths as well as the antagonism of those antiquated theories which have had only a fortuitous and accidental existence outside the concrete realm of art history.
To-day, Annalisa Cima’s temporary dualism has reached creative ambivalence. 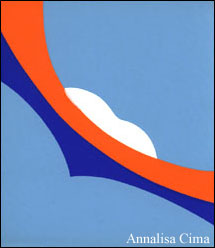 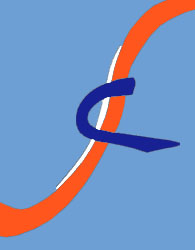 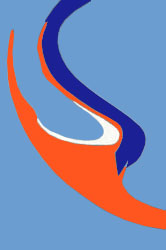 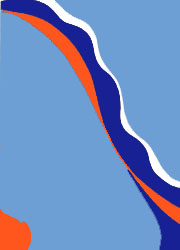 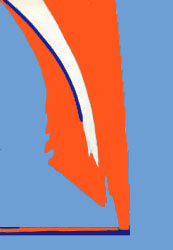 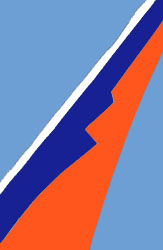 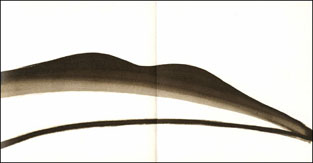 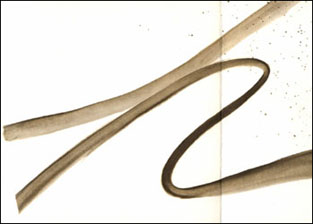 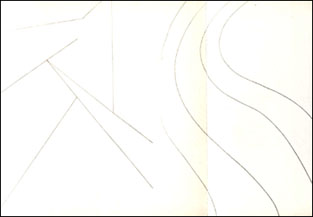